I am fascinated by natural patterns in science and nature, so I thought I should try to incorporate these into my artwork. Though I have a style and structure that is a mixture of artistic and mathematical precision (I do measure and plot what I am doing), I wanted to make something that was scientific overlaid with my floral design.

I bought myself a new geometry set (brought back memories from school – I really did enjoy geometry) and set about creating various forms from scratch. Yes, a Spirograph (device from the 80s?) could create something similar but I wanted the satisfaction from creating something beginning to end using mathematical principles. So what did I do? Went to You Tube of course!

From Crystalinks: (it) involves sacred universal patterns used in the design of everything in our reality, most often seen in sacred architecture and sacred art. The basic belief is that geometry and mathematical ratios, harmonics and proportion are also found in music, light, cosmology. This value system is seen as widespread even in prehistory, a cultural universal of the human condition. 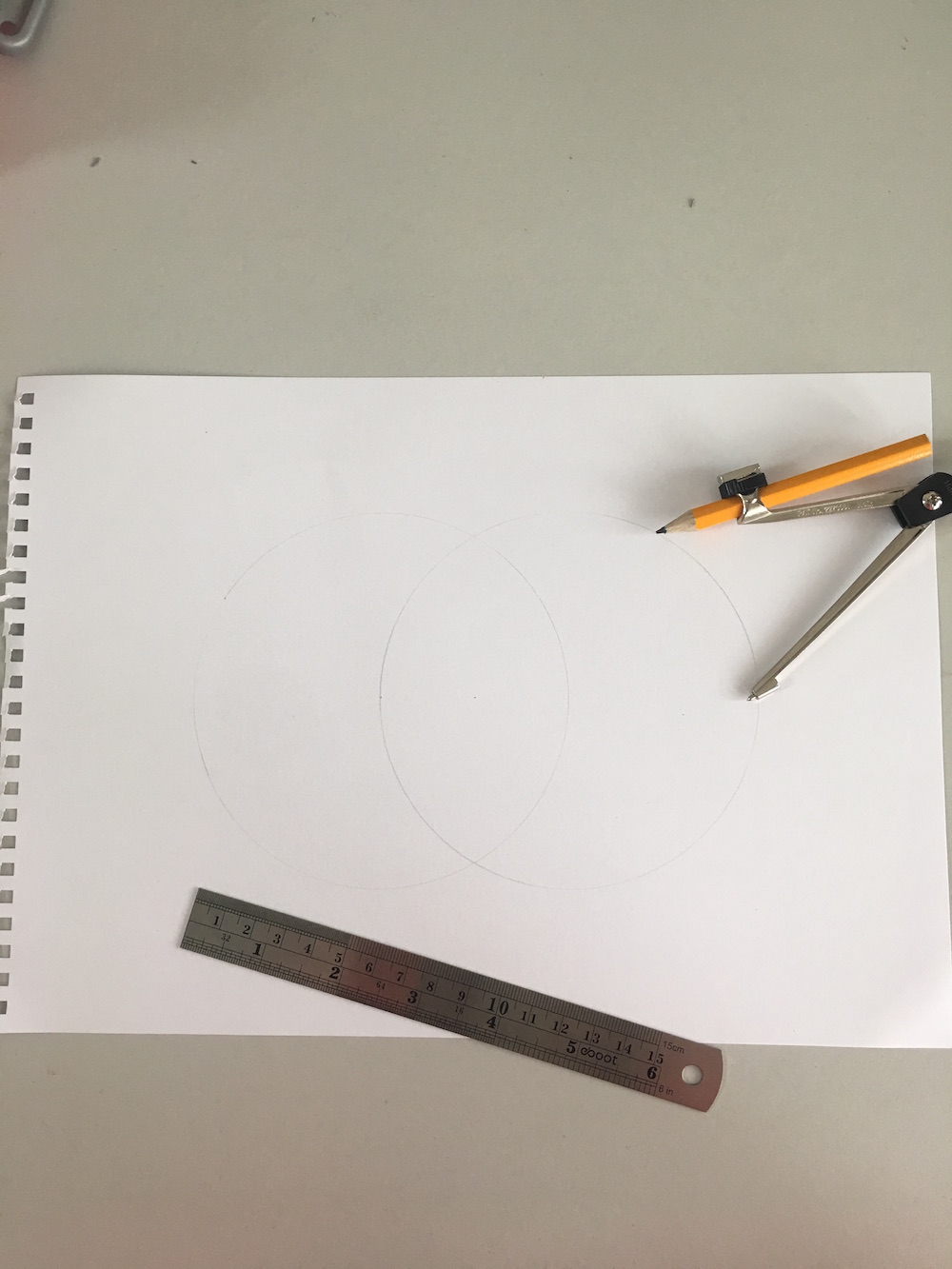 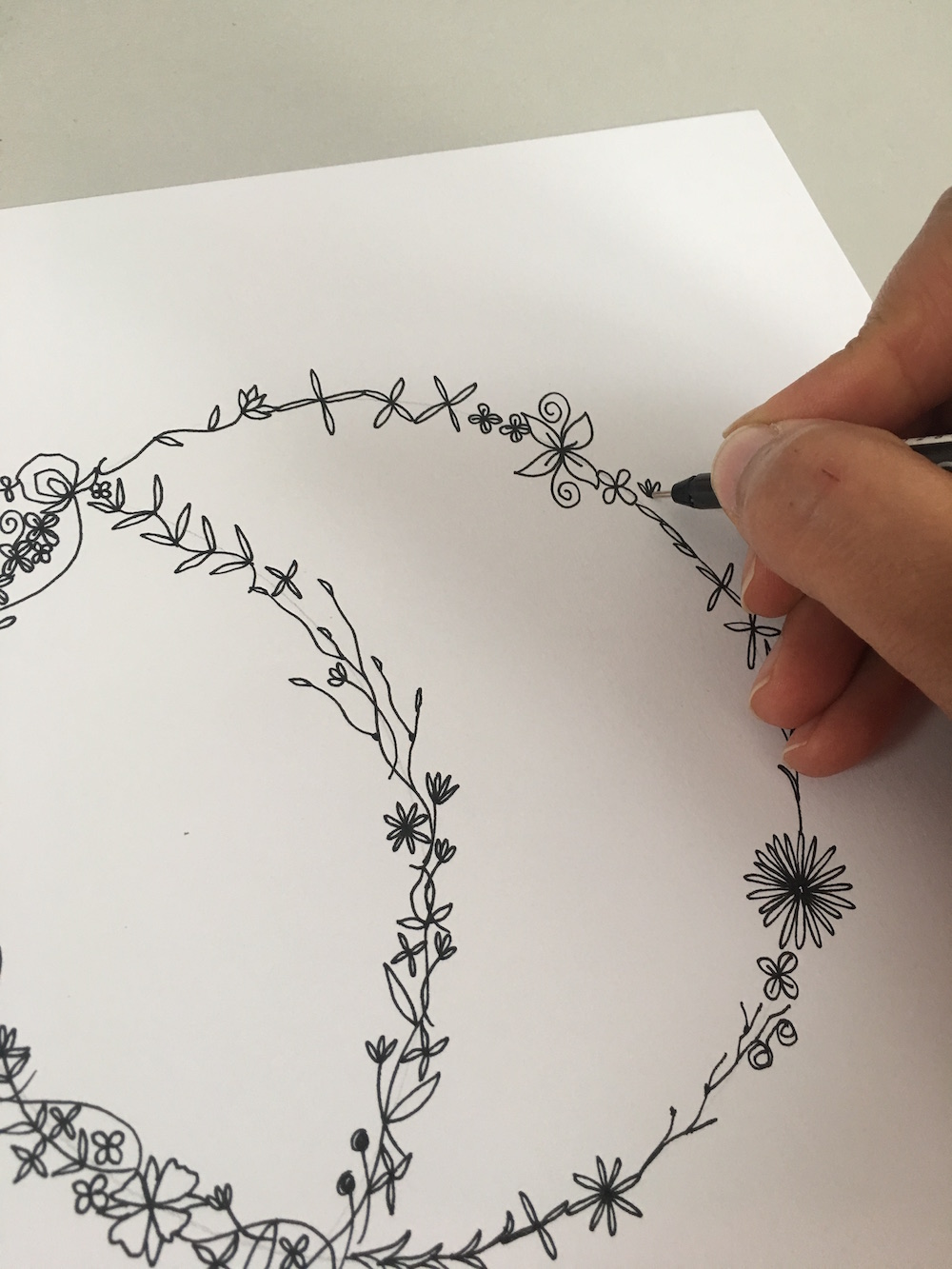 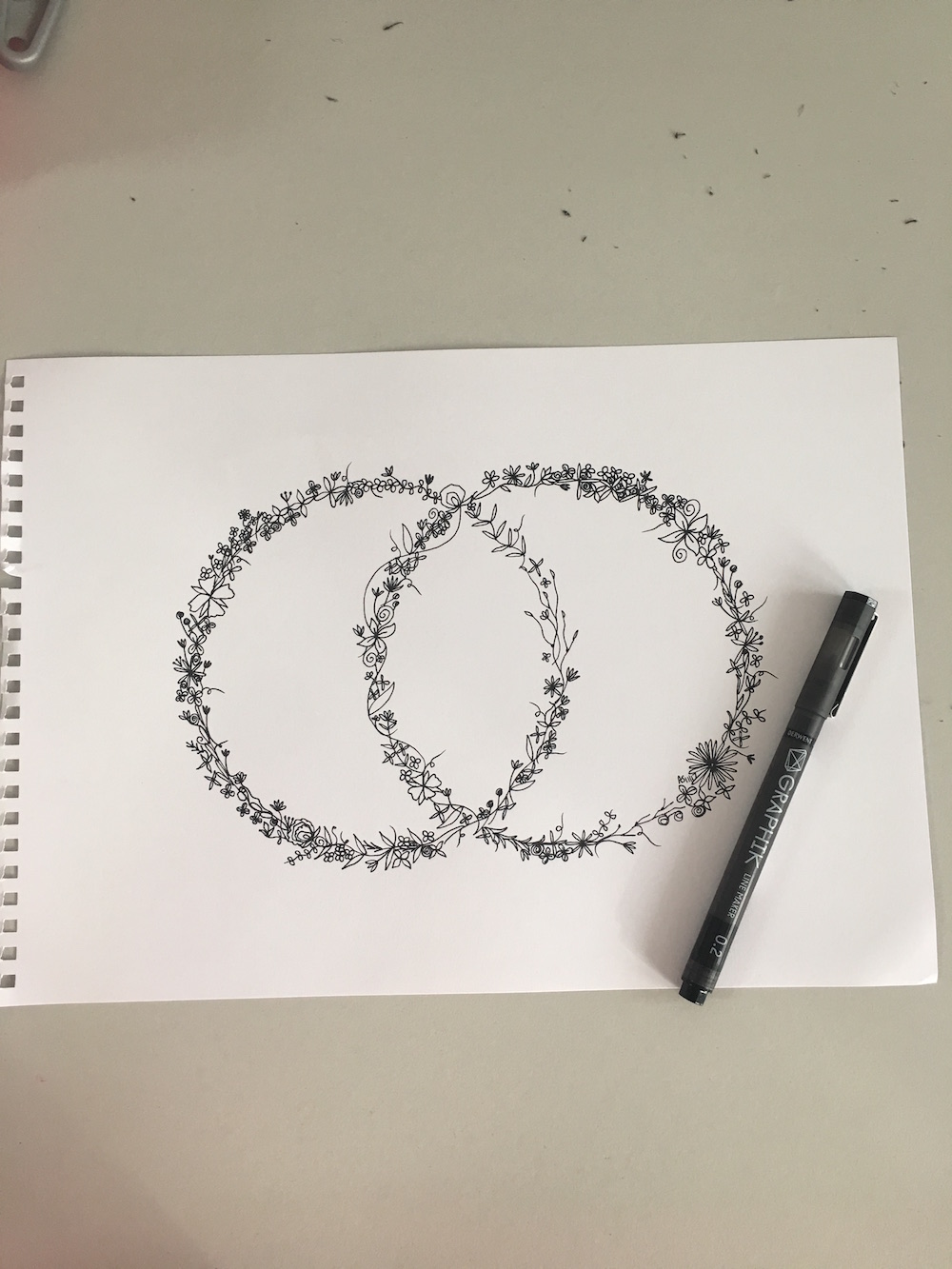 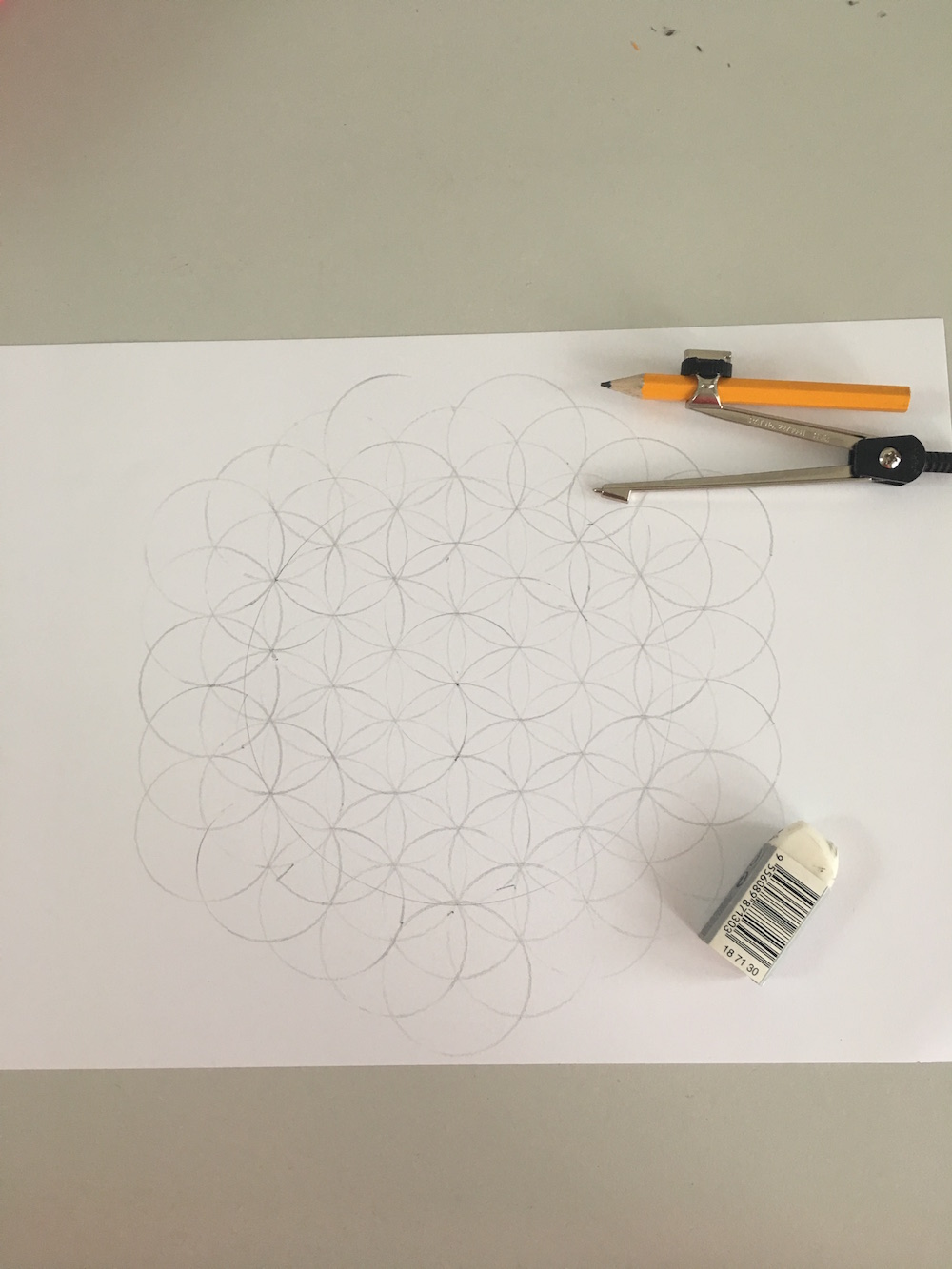 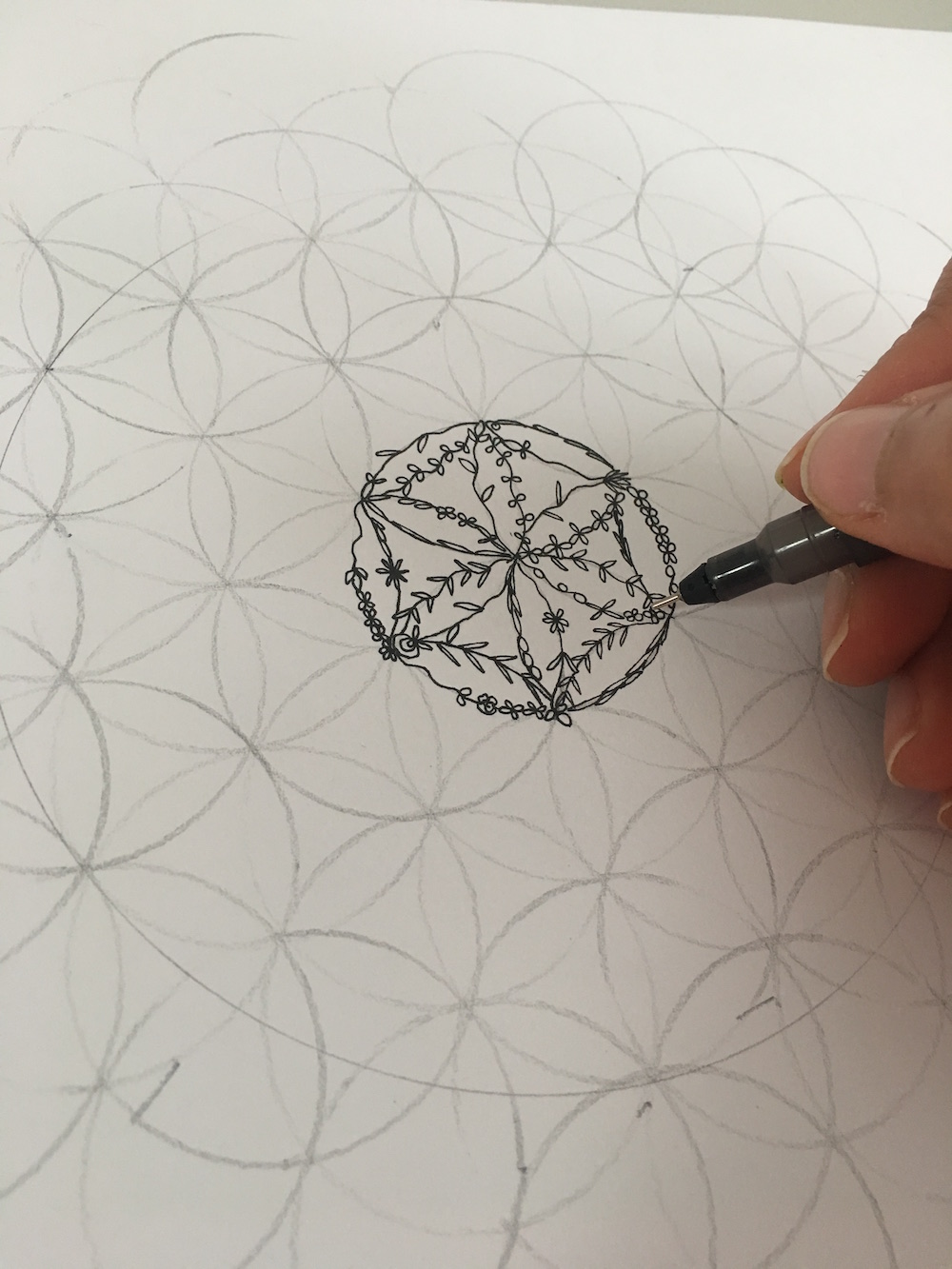 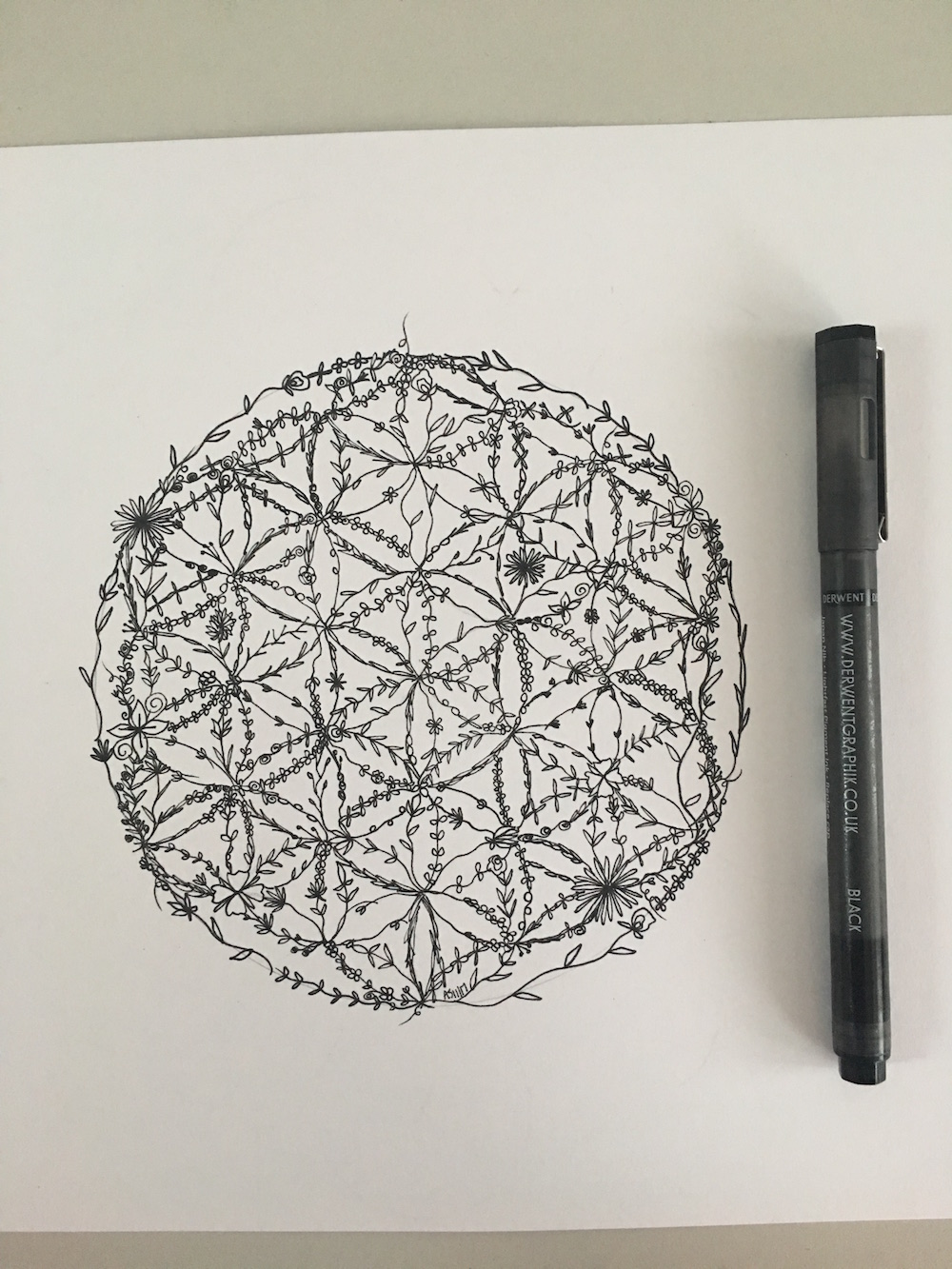