I was so grateful to receive my first commission for original artwork in September 2017. An old school friend, Paul, had seen my art on Facebook and contacted me to see if I would be able to create his daughter’s name in my signature floral lettering style. I said ‘yes of course!.

Paul’s daughter’s name is Hannah and this was a gift for her 12th birthday. I was given some guidance (correct spelling, Capital H, rest in lower case, that she wasn’t a princess type girl, rather ‘down to earth’.). I said to Paul that I was going to check his Facbook feed for family pictures to get a sense of what Hannah was like.

I have a process when creating artwork. My Accountant and Analyst brain comes in to play at the beginning…I have to measure out the centre of the paper, then map out where each letter will go. I start with the first letter (which I like to make large) and then I sketch in the last letter…then fill in the space between. It can take a few attempts to get the spacing just so.

I use a pencil for sketching and when I’m happy with the letters I use an ink pen to fill them out using flowers, leaves, foliage and swirls. I like using Pigma Microns or Derwent’s Graphik range of black ink pens. Depending on the size of work I judge what size nib to use, typically a larger nib for the main pattern and then I fill in the gaps with a finer nib.

After the black ink stage, I decide which colour range to use. For Hannah, I wanted to use earthy tones with metallic hints. I interpreted ‘note a princess girl’ to mean ‘use less pink’. I did put in hints of pink though…

Paul told me Hannah’s middle name so I hid it amongst the flowers along with my signature and date.

I created a Certificate of Authenticity (which went down a treat!) to accompany the artowrk. I was told Hannah loved the gift! 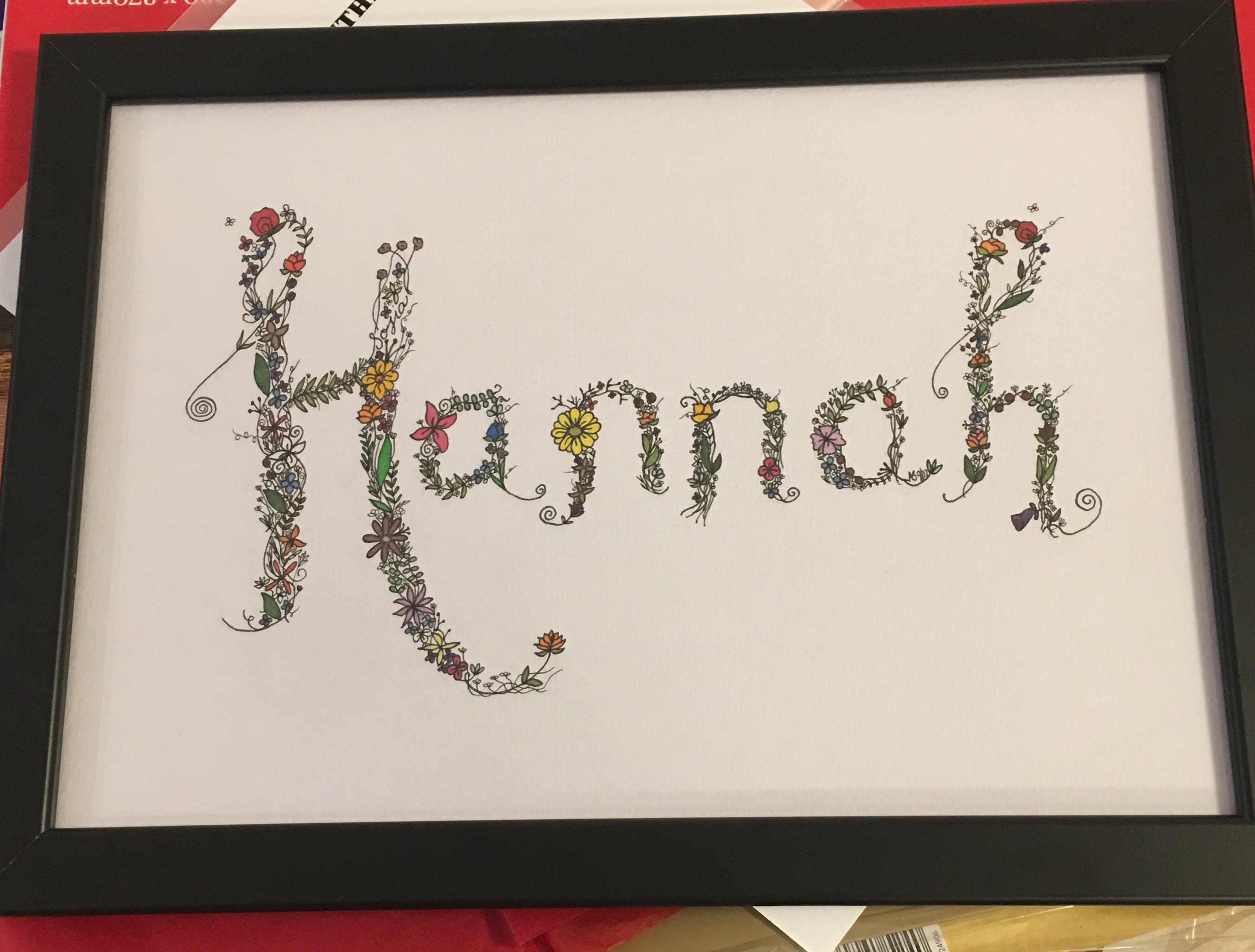